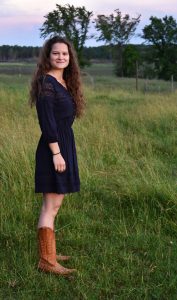 Marilyn Leger’s love for photography first started when she played around with her older sister’s camera. Growing up on a farm has influenced her life and her photography: bringing her camera to the barn was a natural thing.

Marilyn’s inspiration for capturing animal portraits started by loving a horse called Cinder who was always there for her, even during the hard times. When her grandfather passed away she was comforted by her horse while her mother was away making the funeral agreements. At that point, their bond and connection grew stronger. Cinder seemed to be the link that connected her to her inner passion. Her animals became the centre point of her pictures. She always says that her animals are part of her family.

She uses nature as her backdrop to create portraits with various subjects. Why does she photograph nature? She feels at one with it. Nature is an important way of centering oneself and being in the moment: it is peace. She loves using natural light as it holds all the true colours of the universe.

In 2015, Marilyn earned a certificate in Photo Arts at Fleming College, Haliburton School of the Arts. Marilyn Leger lives on a farm in the outskirts of Glen Robertson, Ontario.